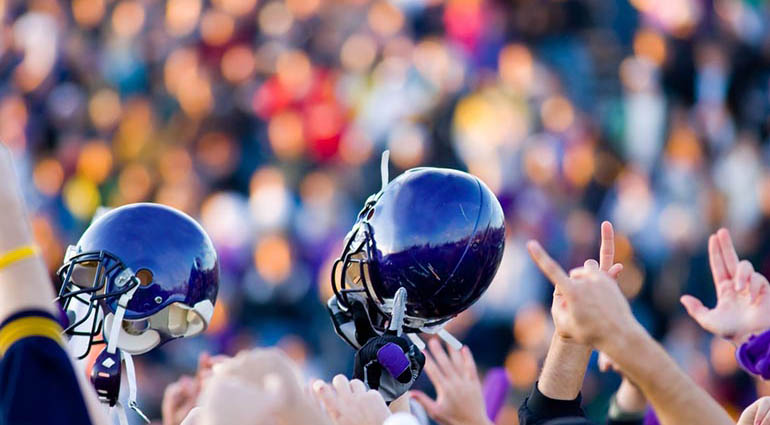 A large sign at the Texas A&M University football stadium says “HOME OF THE 12TH MAN.” While each team is allowed eleven players on the field, the 12th Man is the presence of thousands of A&M students who remain standing during the entire game to cheer their team on. The tradition traces its roots to 1922 when the coach called a student from the stands to suit up and be ready to replace an injured player. Although he never entered the game, his willing presence on the sideline greatly encouraged the team.

Hebrews 11 describes heroes of the faith who faced great trials and remained loyal to God. Chapter 12 begins, “Therefore, since we are surrounded by such a great cloud of witnesses, let us throw off everything that hinders and the sin that so easily entangles. And let us run with perseverance the race marked out for us” (v. 1)

We are not alone on our journey of faith. The great saints and ordinary people who have been faithful to the Lord encourage us by their example and also by their presence in heaven. They are a spiritual 12th Man standing with us while we are still on the field.

As we fix our eyes on Jesus, “the pioneer and perfecter of faith” (12:2), we are spurred on by all those who followed Him.