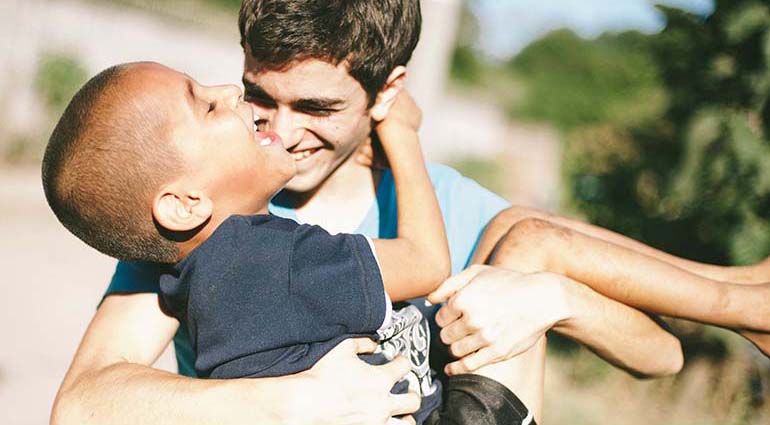 In the summer of 2015, Hunter (aged 15) carried his brother Braden (8) for a fifty-seven-mile walk to raise awareness of the needs of people with cerebral palsy. Braden weighs sixty pounds, so Hunter needed frequent rest stops where others helped him stretch his muscles, and he wore special harnesses to disperse Braden’s weight. Hunter says that while the harnesses helped with the physical discomfort, what helped him most were the people along the way. “If it weren’t for everyone cheering and walking with us, I wouldn’t have been able to do it. . . . My legs were sore but my friends picked me up and I made it through . . . .” His mom named the arduous trek “The Cerebral Palsy Swagger.”

The apostle Paul, who we think of as strong and courageous, also needed to be “picked up.” In Romans 16 he lists a number of people who did just that for him. They served alongside him, encouraged him, met his needs, and prayed for him. He mentions Phoebe; Priscilla and Aquila who were co-workers; Rufus’s mother who had been like a mother to him as well; Gaius who showed him hospitality; and many more.

We all need friends who pick us up, and we all know of others who need our encouragement. As Jesus helps and carries us, let us help one another.

You are here >> Indians For Christ… > Blog > IFC Posts > The Swagger