The Blacksmith and the King 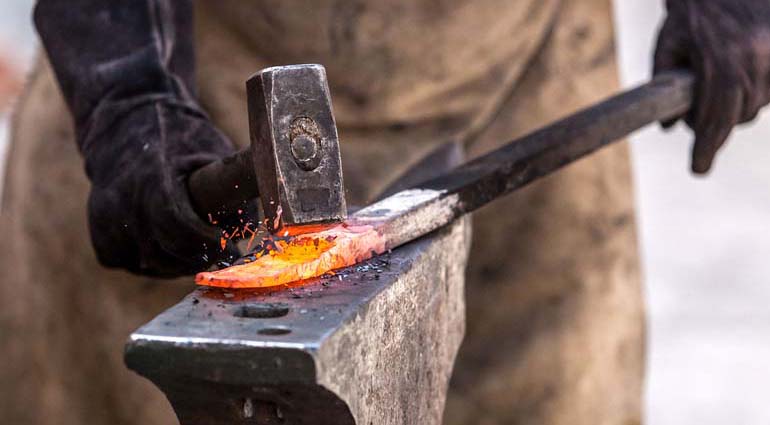 In 1878, when Scotsman Alexander Mackay arrived in what is now Uganda to serve as a missionary, he first set up a blacksmith forge among a tribe ruled by King Mutesa. Villagers gathered around this stranger who worked with his hands, puzzled because everyone “knew” that work was for women. At that time, men in Uganda never worked with their hands. They raided other villages to capture slaves, selling them to outsiders. Yet here was this foreign man at work forging farming tools.

Mackay’s work ethic and life resulted in relationships with the villagers and gained him an audience with the king. Mackay challenged King Mutesa to end the slave trade, and he did.

In Scripture, we read of Bezalel and Oholiab, who were chosen and gifted by God to work with their hands designing the tent of meeting and all its furnishings for worship (Ex. 31:1-11). Like Mackay, they honored and served God with their talent and labor.

We tend to categorize our work as either church work or secular. In truth, there is no distinction. God designs each of us in ways that make our contributions to the kingdom unique and meaningful. Even when we have little choice in where or how we work, God calls us to know Him more fully—and He will show us how to serve Him—right now.