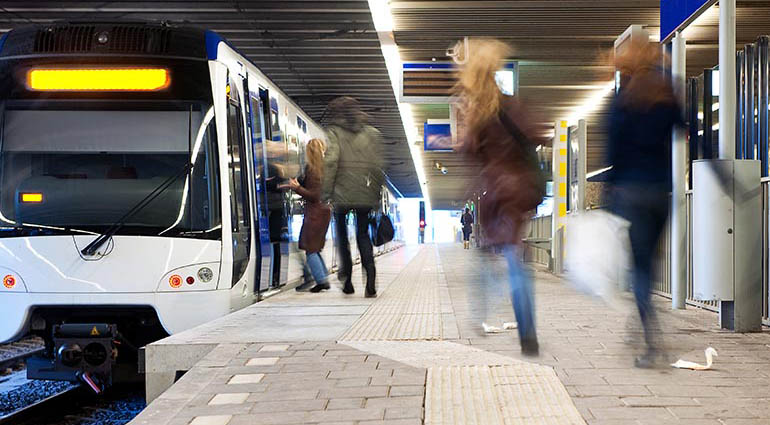 While Nicholas Taylor was boarding a train in Perth, Australia, his leg became wedged in the gap between the platform and a commuter car. When safety officials could not free him, they coordinated the efforts of nearly 50 passengers who lined up and, on the count of three, pushed against the train. Working in unison, they shifted the weight just enough to free Taylor’s leg.

The apostle Paul recognized the power of Christians working together in many of his letters to the early churches. He urged the Roman believers to accept each other the way Christ had accepted them and said, “[May God] give you the same attitude of mind toward each other that Christ Jesus had, so that with one mind and one voice you may glorify the God and Father of our Lord Jesus Christ” (Rom. 15:5-6).

Unity with other believers enables us to broadcast God’s greatness and also helps us to endure persecution. Knowing that the Philippians would pay a price for their faith, Paul encouraged them to strive “together as one for the faith of the gospel without being frightened in any way by those who oppose you” (Phil. 1:27-28).

Satan loves to divide and conquer, but his efforts fail when, with God’s help, we “Make every effort to keep the unity of the Spirit through the bond of peace” (Eph. 4:3).